As with Martial Arts utilized in a special way and that is performed to music, formal dance tuition, such as Ballroom and Latin American dancing, can increase a person’s IQ. Research concluded that it is possible to up an individual’s IQ after the age of 7, something people for a long time believed to be impossible. The belief was that IQ stabalizes at age 7 and nothing could cause it to rise. Then …

Along came Omega 3 in various different forms. Researchers realized that by taking Omega 3 and Amino Acids or a diet containing these plus doing  specific brain-development exercises and specialized pre-choreographed physical activities, the brain could be stimulated to develop and form new braincells or form neurotransmitters it lacked. Voila the thought pattern was broken when researchers saw the results and suddenly every researcher wanted to prove more!

Several research studies, involving kids over 10 years, concluded that formal Ballroom and Latin American dance lessons that consist of a vast syllabus with an enormous number of steps (which is the key), increase IQ. IQ tests were taken before any lessons were given and again after 3 years of formal dance lessons combined with a supportive diet. An overall rise, some up to 30 points, had occurred when the subjects had retaken the IQ test 3 years later.

Later studies proved that dance steps could be choreographed to stimulate and develop specific parts of the brain, thus steps were developed for this purpose. The steps used at the Grey College Dance Club target all brain development even brain development that fell behind or weren’t stimulated when the person was still little.

A child’s brain can develop to its maximum capability with a professional in control and in the most fun way possible. All five senses and limbs are working together simultaneously during dancing as presented at the Grey College Dance Club, so it serves a multiple purpose; fun combined with overall development.

As with anything that is properly learnt in life, it is important to know that it takes a long time to learn to dance well with enough confidence, so it is not a quick 2 or 3 lesson fix. There is also not a 2 or 3 week course that would be able to lay a proper foundation in understanding what the body has to do, getting an individual to control his/her body with precision  and know how the dance floor should be approached. Nowhere in the world is it possible to learn for instance: tennis in 2 weeks and then take part in matches, even though only used for social development or friendly matches, it isn’t possible. The reward, however, with this type of specialized dancing, for all the time spent over many years, such as with any musical instrument or any sport such as rugby, soccer, netball or tennis, is that the brain is stimulated correctly and developed.

The best gift to oneself, is to take formal dance lessons, as when one is obtaining the dance knowledge and skills, the brain is simultaneously stimulated and the way we know when the goal was achieved successfully, is when the individual is capable of performing or executing every step taught, properly and with ease in time to the music.

There are a few things that prevent brain development, in fact they destroy the brain cells, which is noticeable when an individual battles to perform a step or battles to get the body to perform with precision and in a detailed way. These are carbonated drinks (fizzy soft beverages or gas cooldrinks)! It takes 36 times an equal amount of water to the consumed carbonated drink, to reverse the harm caused to the body as a result and to neutralize the toxins: the brain cells are of course lost, which cannot be reversed. For this very reason, we demand that our dancers consume only water duiring class, practice sessions and socials.

The moral of the story is that dancing and in particular this type, is in the best interest of any and every person, not just a fun activity or a plain acquired social skill. Even during exams this type of dancing is good, helping to keep the brain alert, which results in absorbing knowledge fast, retaining it effectively and to recall the retained knowledge; making life easier. 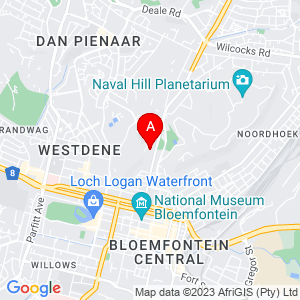